Previous
Next
Directed by: Ingela Olsson | Written by: Sara Stridsberg | Literature: Euripides
The play tells the story of the revenge of a woman betrayed by her husband. Jason (Shanti Roney) has left his wife Medea (Noomi Rapace) in order to marry Glauce (Lena B Eriksson), the daughter of King Creon (Donald HÃ¶gberg). Medea is grieving over her loss and is fearing what she might do to herself or her children. Creon, also fearing what Medea might do, arrives determined to send Medea into exile. Medea pleads for one day's delay. In the next scene Jason arrives to confront her and explain himself. He believes he could not pass up the opportunity to marry a royal princess, as Medea is only a barbarian woman, but hopes to someday join the two families and keep Medea as his mistress.
Cast: Noomi Rapace (Medea), Shanti Roney (Jason), Lena B Eriksson (Glauce), Donald HÃ¶gberg (King Creon) 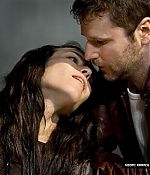 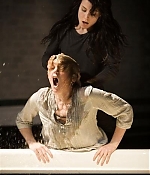 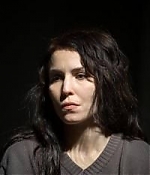 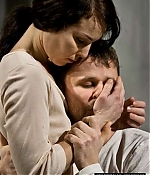 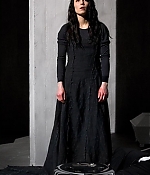