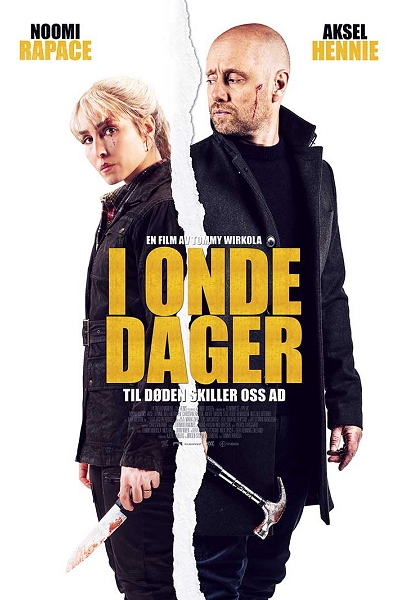 A dysfunctional couple (Noomi Rapace, Aksel Hennie) head to a remote cabin to reconnect, but each has intentions to kill the other. Before they can carry out their plans, unexpected visitors arrive and they faced with a greater danger.
Cast: Noomi Rapace (Lisa), Aksel Hennie (Lars), AndrÃ© Eriksen (Roy), Atle Antonsen (Petter Larsen), Christian Rubeck (Dave), Tor Erik Gunstrom (Hans), Nils Ole Oftebro 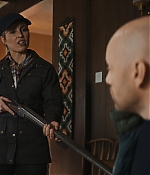 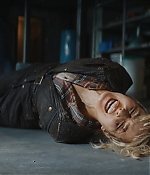 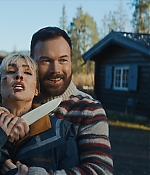 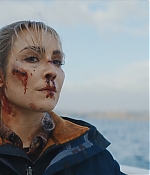 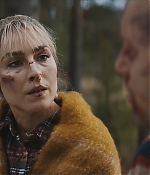 In her second collaboration with director Tommy Wirkola after 2017’s “What Happened to Monday?”, Noomi Rapace is given “only” one character to play, but this one has all the rage. As Lisa, a moderately unsuccesful actress, she heads to a remote cabin with her husband Lars, a moderately successful tv producer, who has planned the trip to kill his wife during the weekend trip. Coincidentally, Lisa has planned just the same fate for her husband. Their mutual blood bath turns into a group affair when some unexpected outsiders, including three escaped convicts, join the fray. In a twist of fate, Lars and Lisa must work together in order to fulfill their original plans.

“The Trip” (its original title “I onde dager” translates to “On bad days”) was released in Norwegian theaters during the COVID pandemic in June 2021, and found a much broader audience in October 2021 with a worldwide streaming release on Netflix” to decent reviews. While the New York Times praised the acting (“each actor gamely tackles the ensuing violence and emotional turbulence, and Rapace is particularly excellent at juggling the two. The film reveals its many surprises through flashbacks, sharp editing and an absurd script clearly aiming for irreverence”), it also drew comparison to a very different film that inevitably came to mind while watching: “The film pays clear homage to Michael Hanekeâs “Funny Games,” a whip-smart commentary on cinematic violence. It doesnât do itself any favors by inviting that comparison.”

The Trip is being listed under the following tags: Action, Black Comedy, Thriller, Year 2021
Back to previous page
Advertisment