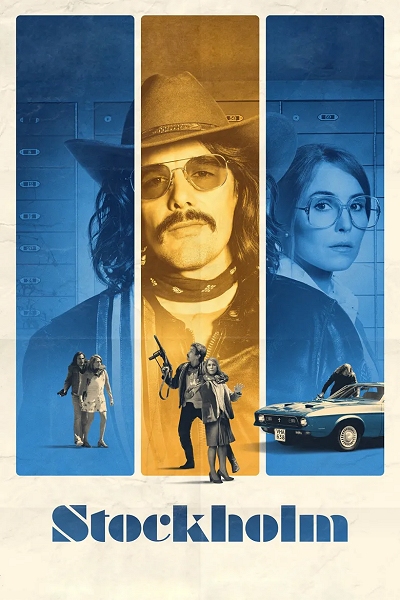 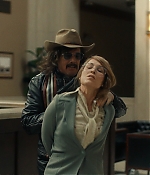 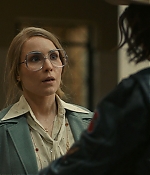 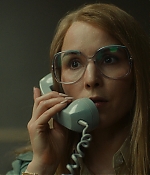 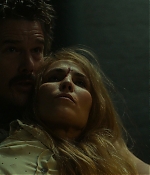 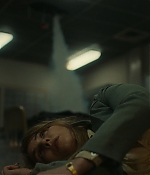 While not the first case of victims bonding with their captors, the 1973 Norrmalmstorg robbery gave birth to the term “Stockholm Syndrome” that is used to this day to describe a psychological phenomenom – and give way to sensationalized press coverage. In the hands of Canadian director Robert Budreau, “Stockholm” remains semi-factual but still loosely based. It stays truthful to key events of the robbery, but takes creative freedom with its character portrayals. Rapace’s Bianca is based on Kristin Enmark, who, as the hostage went on for days, grew more fearful of the police’s tactics to end the hostage than of her captors.

Reviews were mixed, though positive for its actors. Variety wrote: “In Stockholm, the hair and clothes are accurate in a costume-shop way, but the atmosphere is too slick and bright and punchy. The one performer with the right desultory presence is Noomi Rapace.” “Stockholm”, which was filmed in 2017, had its world-premiere at New York’s Tribeca Film Festival in April 2018, but wouldn’t be released theatrically until a full year later in April 2019. In the United Kingdom, it was released under the title “The Captor”.

Stockholm is being listed under the following tags: Comedy, Drama, Inspired by True Events, Year 2019
Back to previous page
Advertisment