Previous
Next
Directed by: Stefan Larsson | Written by: Sara Stridsberg | Literature: Sarah Kane
In a hotel room in Leeds, Ian (David Dencik), a foul-mouthed middle-aged tabloid journalist has brought a young woman, Cate (Noomi Rapace), to the room for the night. Cate is much younger than Ian, emotionally fragile, and seemingly intellectually simple. After an attempted rape, Cate escapes through the bathroom window. Then, unexpectedly, a soldier (Douglas Johansson) enters the room brandishing a gun when the hotel room is struck by a mortar bomb. The soldier and Ian begin to talk, and it is gradually revealed that the hotel is located in the midst of a brutal war. The story unfolds in horrible crimes between Ian, the soldier, and the returning Cate.
Cast: David Dencik (Ian), Noomi Rapace (Cate), Douglas Johansson (Soldier) 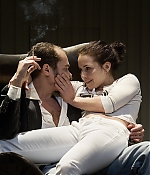 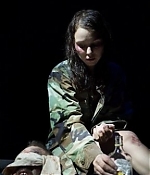 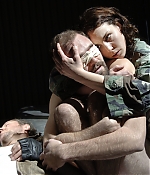 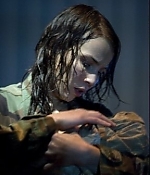 Bombad is being listed under the following tags: Year 2006
Back to previous page
Advertisment