Previous
Next
Directed by: Susan Taslimi | Written by: Martina Montelius
Nelly (Noomi Rapace) is 13 years old and a mother already. Her mother (Ingela Olsson) lives in a strange marriage-like cord with her own daughter, living her life in verbal excess through Nelly. Martina Montelius has written the play as an hour-long dialogue that is scary ruthless. A televised version of the play was broadcast on SVT in 2004, entitled "Ã lskar, Ã¤lskar och Ã¤lskar".
Cast: Ingela Olsson (Moskis), Noomi Rapace (Nelly) 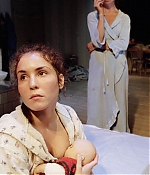 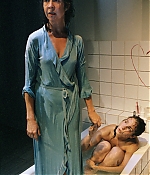 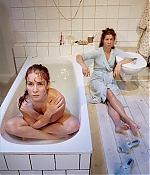