Previous
Next
Directed by: Urban Bergsten | Written by: Urban Bergsten
The "personhets" (personality) we get to meet are drug addicts and prostitutes, but after a long moment, we understand that everything is not right. The alcoholics, prostitutes, drug addicts, etc. that we see on stage do not seem to be true. Performances take an absurd pretext, and without revealing too much, so similar to a kind of swap your life-experiment in a rather peculiar history of the middle class as protagonists. "Motiv fÃ¶r medelklassen" is a collective name of three comic one-act plays (Personhets, 5:5 A and After), which has its foundation in NorÃ©n works. If NorÃ©n depicts the excluded, in the shadow side, the lower classes, so these one-act plays depicts simply the middle class and its approach to similar situations can be found in Lars NorÃ©n's plays. "Personhets" played at Teater Tribunal and Theatre Days as well as at the National Theatre in Hallunda.
Cast: Urban Bergsten, Anders Ferm, Staffan FredÃ©n, Jannike Grut, Petter Holmqvist, Therese SÃ¶derberg, Noomi NorÃ©n, Karl Thor, Andreas Tottie, Ronn Elfors 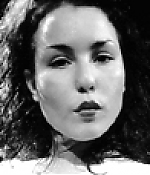