News courtesy Deadline Hollywood. “The Girl Who Kicked The Hornetâs Nest”, the third and final entry in Swedenâs Lisbeth Salander trilogy will play at the Goldwyn on October 24th. Itâs significant because neither of the first two films, The Girl With The Dragon Tattoo and The Girl Who Played With Fire, screened for the Academy. Now with some Oscar buzz brewing for star Noomi Rapace, the filmsâ distributor Music Box clearly is seeing the value of getting her exposure in front of these voters even though the only one of the 3 pics likely eligible for an Oscar will be Dragon Tattoo since the latter two, including Hornetâs Nest, were made originally for Swedish television.

Over 1.300 high quality DVD captures from “The Girl Who Played with Fire” have been added to the Image Library. Just like the caps from the first installment, be aware that these include spoilers of the film, so better don’t view them if you haven’t seen it yet ;-) Caps from the third and last part will be added in time. Enjoy! 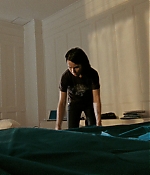 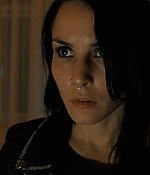 Welcome to Noomi Rapace Online, your web resource on the Swedish actress you may know from her performance as Lisbeth Salander in the “Millenium” trilogy – “The Girl with the Dragon Tattoo”, “The Girl Who Played with Fire” and “The Girl Who Kicked the Hornet’s Nest”, based on Stieg Larsson’s phenomenal books. This site will keep you updated on Noomi’s latest projects and appearances. Two key elements of the site wait for their launch – there will be a discussion forum for fans to communicate, and in-depth information on Miss Rapace’s career, including background information, multimedia, reviews and much more. For now, enjoy the gallery which already houses over thousans pictures with more to come. Additionally you can subscribe to the site’s tweets to stay up to date with news. And in case you have anything to contribute on Noomi, feel free to drop me a line! Enjoy your stay! A very interesting article on Noomi’s upcoming projects courtesy The Hollywood Reporter from May 2005. Noomi Rapace, the star of Swedish hit “The Girl With the Dragon Tattoo,” will not reprise her role as goth hacker Lisbeth Salander in David Fincher’s English-language adaptation of the Stieg Larsson best-seller. Speaking to THR in Cannes, Rapace said after two years shooting the Larsson “Millennium” trilogy in Swedish, she has had enough of Salander and would not accept the role even if Fincher offered it to her. “No, I’m done with her (Lisbeth), and it’s up to somebody else to step into her shoes,” Rapace said. “I don’t like to repeat myself. So it’s better if someone else does it.” But Rapace did suggest that Fincher and producer Scott Rudin expand their casting call beyond the A-listers (Natalie Portman, Keira Knightley and Carey Mulligan are among those thought to be vying for the part) to include some lesser-known names. “I hope they won’t take, you know, a big celebrity … because sometimes the fame makes it difficult to believe in (the character), especially Lisbeth, who is very complicated and dark and so on,” she said. “So I hope they take someone who is a little less known. Not one of the biggest ones. We’ll see.” END_OF_DOCUMENT_TOKEN_TO_BE_REPLACED