Gallery Updates, You Won't Be Alone
“You Won’t Be Alone” screencaptures “You Won’t Be Alone”, Goran Stolevski’s supernatural drama, which has just been chosen as Australia’s candidate for the Academy Awards (see update below) is available on various streaming services in the US and UK (you can check the availability for your country over at ReelGood). Noomi stars in a smaller role as one of the Macedonia townspeople in the 19th century, whose life is affected by the witch living among them. She’s part of a great ensemble in a fantastic film. Very recommended if you’re looking for something different. Screencaptures from the film have been added to the photo gallery. 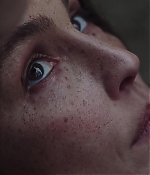 Articles & Interviews, Featured, You Won't Be Alone
“You Wonât Be Alone” submitted by Australia for Best International Film Oscar To have been selected for submission to one of the highest accolades there is in our industry and be representing Australia is just wonderful/slightly surreal. Itâs of course immensely competitive with another 91 very brilliant films from around the world up for nomination, but itâs great to be in the running and, even at this early stage, to be shining a light on the calibre of our talent and how diverse Australiaâs screen stories are. (Kristina Ceyton, Inside Film)

This is the second consecutive time that a film starring Noomi Rapace is submitted for the Best International Film for an Academy Award after Iceland’s submission of “Lamb” last year.

Awards, You Won't Be Alone
“You Wonât Be Alone” Wins Bucheon Prize at BiFan Festival

The Goran Stolevski-directed horror-drama âYou Wonât Be Alone,â was Thursday named the best film at the Bucheon International Fantastic Film Festival, Koreaâs leading genre film event, Variety reports. The Australia-U.K.-Serbia co-production is set in Macedonia and stars Noomi Rapace in a 19th century tale about a young girl who is transformed into a witch. It premiered at the Sundance festival in January and recently played in Sydney. At the Palm Springs festival, Stolevski won the âdirectors to watchâ prize. The BiFan jury heaped praise on âYou Wonât Be Alone.â âIt is a phenomenal attempt to interpret the fundamentals of humanity through the means of genre cinema by using alienated and isolated human creatures borrowed from folk tales, added up with mystery. This masterpiece stands out through excellent directing and a clever approach evoking empathy from the abyss of human psychology,â the jurors said. The festival continues through to Sunday and will close with Jung Bum-shikâs ânew Normal.â

Gallery Updates, Video Clips, You Won't Be Alone
Second trailer for “You Won’t Be Alone” ahead of film’s April 1 release

Focus Features has released a second theatrical trailer for Goran Stolevski’s Sundance hit “You Won’t Be Alone”, which has emerged and a critical darling so far and is set to release US theatres on April 01, 2022. A new production stills and screencaptures from the trailer have been added as well. 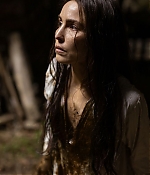 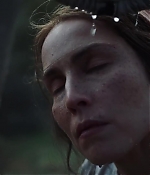 Despite its well received world-premiere at the Sundance Film Festival, “You Won’t Be Alone” has not received much media attention so far, since the festival didn’t include any in-person appearances due to the pandemic. However, Collider has been able to conduct a video interview with both Noomi Rapace and the film’s director, Goran Stolevski, which can be viewed below in its entirety. Here’s what Collider wrote: We had a chance to speak with Goran Stolevski and Noomi Rapace about the film during Sundance FIlm Festival. During the conversation, we really explored the deeper topics of the film. Stolevski reveals his attraction to Macedonia and his connection there from childhood, how he came about the magic and folklore of “You Won’t Be Alone”, how he approached the women who influence Nevena, how Rapace adapted to playing two characters, and what drew her to the project both as an actor and executive producer. Additionally, Stolevski reveals his research behind Nevena’s speech patterns and working with an archaic Macedonian dialect. 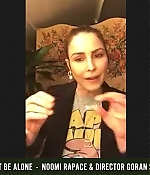 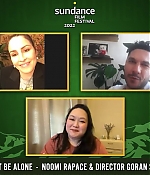 Goran Stolevski’s “You Won’t Be Alone” premiered at the Sundance Film Festival yesterday. Most of the well-known outlets have published their reviews, which are very positive, including a 5-star-review from The Guardian and being called “Among the Best Horror Debuts in Years” by IndieWire. Throughoutthose reviews, we learn more about the film’s story beyond the synopsis and about Noomi’s role,which is part of an ensemble and not the focal point, despite her being prominently featured in the advertisments. Here’s a collection of excerpts with links to the full reviews.

The Hollywood Reporter, John Defore (January 22, 2022)
Noomi Rapace is listed first in fest catalog credits and featured prominently in key art, but sheâs just one of a few actors playing the role, and gets far from the most screen time. We meet the witch as an ordinary human infant, recently born to an angry woman in a 19th-century Macedonian village. The mother is visited by a frightening figure whose body is covered in scars â sometimes called a âwolf-eateress,â she is known in local lore as Old Maid Maria. She wants to take the baby.

Variety, Peter Debruge (January 22, 2022)
A veteran shorts director who brings years of experimentation and experience to his boldly unconventional feature debut, Stolevski has crafted a lyrical cinematic folktale. The language and setting are unfamiliar – a 19th-century Balkan village, where people speak in a half-forgotten local dialect – but thereâs a clear narrative logic to it all, even if the first time through, audiences may as well accept they wonât get everything about the plot. For those who donât mind a bit of a challenge, âYou Wonât Be Aloneâ feels like what we might get if A24 commissioned an art-house horror movie from âThe Tree of Lifeâ director Terrence Malick. The filmâs last act brings everything full circle in a way that should satisfy both horror and art-house audiences, but then the movie, like its protagonist, is never content to be just one thing.

END_OF_DOCUMENT_TOKEN_TO_BE_REPLACED

There’s good news and bad news with today’s trailer premiere for Goran Stolevski’s upcoming “You Won’t Be Alone”. On the good side: The trailer is very interesting and yet ambigious about Noomi’s appearance – is it a leading role or rather a guest spot? (the poster lists her name last) The makeup of the witch gives no indication on this. Nevertheless, the trailer does its job in raising our interest to find out more. However, the bad news: Its previously announced release date on January 28, 2022 was pushed back a good three months to April 1. So we will need to wait a little bit longer to see it. The trailer has been added to the video archive while screencaptures and the poster can be found in the photo gallery. 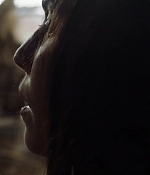 Featured, Gallery Updates, You Won't Be Alone
“You Won’t Be Alone” to world-premiere at 2022 Sundance Film Festial

Noomi’s upcoming film “You Won’t Be Alone” will celebrate its world-premiere at the Sundance Film Festival on January 23, 2022, before its theatrical release on January 28, 2022 in the United States.

In an isolated mountain village in 19th-century Macedonia, a young girl is taken from her mother and transformed into a witch by an ancient, shape-shifting spirit. Left to wander feral, the young witch beholds the natural world with curiosity and wonder. After inadvertently killing a villager and assuming her body, she continues to inhabit different people, living among the villagers for years, observing and mimicking their behavior until the ancient spirit returns, bringing them full circle.

The debut feature of Australian-Macedonian writer-director Goran Stolevski, You Wonât Be Alone is wonderfully unlike any witch film youâve seen. Its striking artistry and aestheticism blends supernatural horror (thereâs no shortage of blood and entrails) with poetic fable, yielding a sensory meditation on life that is unexpectedly emotional and profoundly humanistic. Even the malevolent ancient spirit, born of suffering and loneliness, is a contoured character. And the young witch (played by multiple actors, including Noomi Rapace, Alice Englert, Carloto Cotta, and Sara Klimoska) suggests a transcendent spirit who, across successive lives – woman, man, mother, child – experiences what it means to be human.

According to Deadline, Focus Features is planning a moderate release of You Wonât Be Alone on Friday, January 28, 2022 domestically in theaters. Set in an isolated mountain village in 19th century Macedonia, the film follows a young girl who is kidnapped and then transformed into a witch by an ancient spirit. Curious about life as a human, the young witch accidentally kills a peasant in the nearby village and then takes her victimâs shape to live life in her skin. Her curiosity ignited, she continues to wield this horrific power in order to understand what it means to be human. The witch will be played by different actors and the film will include an old Macedonian dialect. The film is directed and written by Goran Stolevski. It stars Noomi Rapace, BAFTA-winner Anamaria Marinca (4 Months, 3 Weeks and 2 Days), Alice Englert (Ratched), Carloto Cotta (Tabu), FÃ©lix Maritaud (Sauvage) and Sara Klimoska (Milcho Manchevskiâs Willow). Producers are Kristina Ceyton (The Babadook and The Nightingale) and Sam Jennings (Cargo). Focus pre-bought world rights to the under-the-radar supernatural-horror early last year just after it had wrapped filming in Serbia. Focus will handle domestic and Universal Pictures International will handle international territories. The movie marks the feature debut of Australian-Macedonian writer-director Goran Stolevski, whose short film Would You Look At Her won Best International Short Film at 2018 Sundance Film Festival.