According to Deadline, Valdimar JÃ³hannssonâs Lamb has been selected as Icelandâs official entry for the Best International Feature Film category at the 2022 Academy Awards. Lamb, which debuted in Cannesâ Un Certain Regard section and won its Prize of Originality is JÃ³hannssonâs first feature and is released domestically by A24. This past weekend, it hit the Top 10 for the second frame running at the North American box office, surging past $2M. JÃ³hannsson co-wrote the screenplay with celebrated Icelandic poet SjÃ³n. Noomi Rapace, who is also an executive producer, stars in the dark and malevolent folktale about a childless couple in rural Iceland who make an alarming discovery one day in their sheep barn and soon face the consequences of defying the will of nature. Prior to its U.S. debut, Lamb took prizes at the Sitges Catalonian International Film Festival. Panda, the sheepdog in the movie, also shared the Palm Dog Awardsâ Jury Prize in Cannes. In its home market, the movie opened September 24 via Sena and has held in the Top 5 amid Hollywood newcomers. At open in the U.S., the R-rated picture grossed $1.1M, becoming the highest grossing Icelandic film of all time in the market. It is the first title distributed by A24 to be selected as a countryâs official entry for the Best International Feature Oscar race and is carrying an 84% Fresh score on Rotten Tomatoes. Iceland has previously scored one Oscar nomination in this category, for 1991âs Children Of Nature by FriÃ°rik ÃÃ³r FriÃ°riksson. Baltasar Kormakurâs 2012 drama The Deep made the shortlist.

The international promotion tour for “Lamb” continues with an appearance at the 65th BFI London Film Festival, where Noomi and director Valdimar JÃ³hannsson were on hand to promote the film. Pictures from the premiere have been added to the photo gallery. 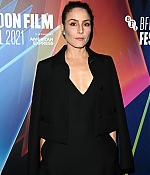 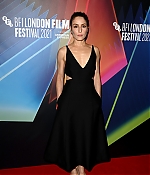 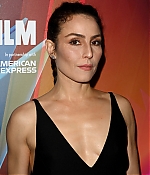 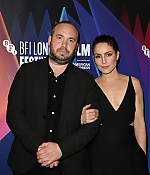 Noomi Rapace was a vision in white at yesterday’s screening of “Lamb” at the Sitges Film Festival in Spain, taking place only a day after the screening of “The Trip”. Pictures from the premiere have been added to the photo gallery. 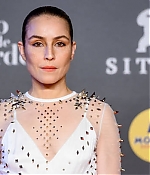 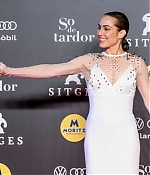 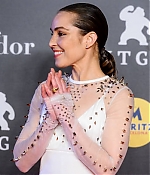 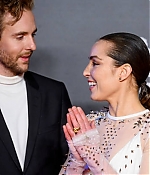 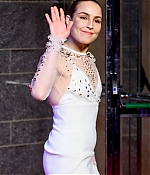 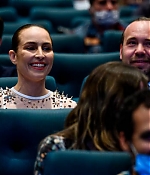 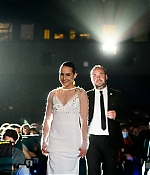 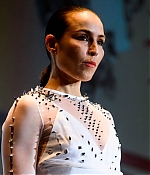 Here comes a nice interview with Entertainment Weekly for this week’s theatrical release of “Lamb” in the United States: Noomi Rapace had no time to be sheepish on the set of Lamb. On her first day of filming A24’s Icelandic horror-drama, she found herself in a barn helping deliver a baby lamb live on camera. “I didn’t have any time to practice,” the Swedish actress recalls with a laugh. “I had this rush of adrenaline right before we started. I was waiting in my trailer, and then all of a sudden I heard a knock, and they’re like, ‘Come on, it’s coming!’ I ran down to the barn, but as soon as I sat down in front of [the mother sheep] and saw this little head starting to come out, I got really calm. It was so magical, pulling out that little creature and seeing it stand up for the first time and take its first breaths. Life is so magical and brutal at the same time.”

I loved MarÃ­a from the very first. She’s such an amazing combination of strength, fragility, and violence. She has this primal rage in her, and the way she deals with her grief and heartbreak and her desperation to be a mother again is such a beautiful contradiction. It wasn’t hard to find her, strangely enough. I grew up on a farm, so I’ve lived farm life. But I hadn’t delivered baby lambs, so that was new.

The complete interview can be read over at Entertainment Weekly.