This Sunday, we cover “Angel of Mine”, a 2019 release and a remake of a French film with Noomi Rapace playing a woman who’s certain that a girl from the neighborhood is her own daughter, which she lost days after giving birth in a hospital fire. Is she right or is she losing her mind? In this thriller-by-the-numbers, the answer is as clear as it is predictable. While its watchable, it ticks every box of the “maternal instincts” thriller along the way. You can’t blame its director or the actors, because there isn’t a much better film within this story. It’s an OK watch for a Sunday afternoon, but for a decent film evening I’d recommend any of those films that inspired “Angel of Mine”. Next week: The Secrets We Keep. 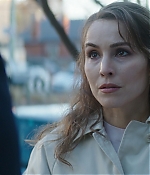 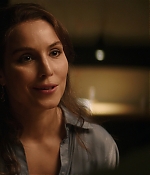 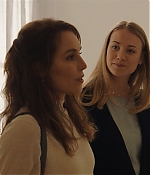 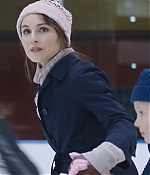 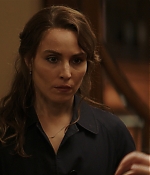 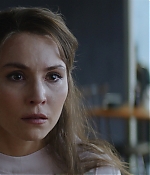 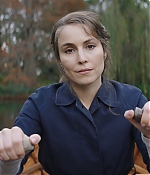 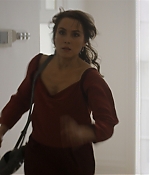 Angel of Mine, Gallery Updates
“Angel of Mine” Is First Pickup for New Australian Distributor R & R Films According to Variety, the upcoming psychological thriller âAngel of Mine,â starring Noomi Rapace, is set as the first acquisition by R & R Films, a new Australian distributor. The company was recently established by industry veterans Richard Becker and Robert Slaviero. The film goes into production this month in Melbourne, Australia. It is the story of intuition and obsession featuring a couple coming to terms with the untimely death of their daughter. The woman becomes convinced that another girl is her own. The script is adapted by Luke Davies (âLionâ) and David Regal from the French film âLâEmpreinte,â by Safy Nebbou. Kim Farrant directs. Alongside Rapace, the film stars Yvonne Strahovski and Luke Evans. Other cast includes Richard Roxburgh, Finn Little, Rob Collins, Tracy Mann, Pip Miller and Rachel Gordon. Becker is a veteran who for years headed the sales, production and distribution group Becker Film. Slaviero is former CEO of Hoyts Distribution and Studiocanal. âFarrant showed her promise as a director with the powerful film âStrangerland,â and she has once again attracted an incredible international Australian and international cast to this production,â said Becker. âI couldnât resist Luke and Davidâs compelling script. It a story that every parent will identify with.â âAngel of Mineâ is a SixtyFourSixty and Garlin Pictures production with principal investors Magna Entertainment and Screen Australia, in association with Film Victoria. Producers are Su Armstrong, Brian Etting and Josh Etting with executive producers Brian Rosen, Nadine de Barros and Robert Ogden Barnum. Fortitude Intl. is handling international sales on the film at the Cannes Film Market.

According to Inside Film, director Kim Farrantâs new film, “Angel of Mine”, will kick off production in Melbourne in April with Noomi Rapace to star. Adapted by “Lion” scribe Luke Davies and David Regal from the 2008 French film “LâEmpreinte de LâAnge”, “Angel of Mine” follows a mother who, in struggling to cope with the loss of her daughter, becomes convinced a strangerâs daughter is her own. As her obsession grows, she becomes more and more entwined in the girlâs life and loses touch with reality. âWhat I love about this beautiful script (apart from the insanely brilliant Noomi) is that itâs about intuition. We all know what itâs like to know something deep in our bones and yet fall into the trap of doubting ourselves, and that questioning can drive us crazy,â said Farrant. âKim Farrant is an exceptionally talented director who displayed her interest in exploring themes around motherhood and grief with her debut Strangerland,â said Screen Australia head of production Sally Caplan. âAngel of Mine is an incredible opportunity for her to establish herself internationally â directing a script by screenwriter of the moment Luke Davies, and top tier actor Noomi Rapace. This, in addition to the significant marketplace support from Fortitude and Becker, bodes well for the success of this film and the future of Kimâs career.â