During the last couple of weeks, I’ve updated pretty much all the content of Noomi Rapace Online, so here’s a little overview: The career section has received a complete makeover with all projects being updated. Here, you’ll find shortcuts to the photo galleries, related videos as well as streaming options. The press archive has been updated as well (I’ll think of a better way to make them easier to browse) and I’ve been able to revive the old video archive. While there have been some broken links, I’ve decided to start this section completely new, so we can make sure that all videos are still available. They are neatly sorted into categories, so you can browse by year, public appearances, television interviews and much more. The only thing missing are the video clips from her earlier films, they will be added step by step as time permits. And with a lot of updates on the photo gallery, Noomi Rapace Online is pretty much back in shape. Have a look around, enjoy your stay and check back soon for more to come.

Hello everybody, Frederik here. Frequent visitors of Noomi Rapace Online may remember me from way back when I created the site in 2010 and maintained it until 2018. With changing priorities and declining interest in her projects back then, I gave the site up for “adoption” and it was taken over. But when I recently saw it was up for adoption again, I couldn’t resist to give it another go – especially with Noomi’s most recent projects that look so edgy, entertaining and back to her roots. So, my thanks to the previous owner Marilia, for updating it over the past years, and to my host Flaunt for making this comeback of sorts possible. There’s lots of material that needs to be updated from the previous years and quite some catch-up to do on Noomi’s most recent projects, so please bear with me as the site will be updated over the next couple of weeks. I have decided to re-do all the sites, ie. the career pages, press library and video archive – which got apparently lost along the way. Check back soon for more updates and have a look at the photo gallery for lots of new additions to be added. Thanks and enjoy your stay. 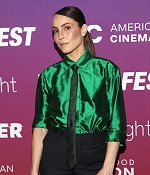 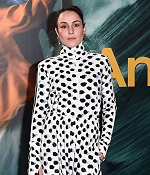 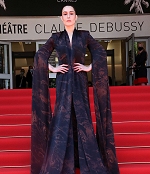 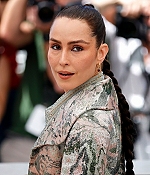 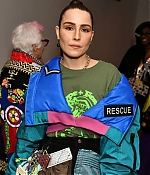 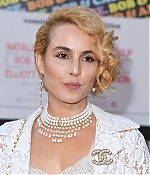 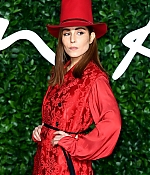 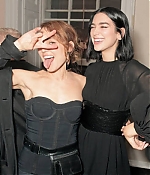 Hello, Noomi fans! Noomi Rapace has been set to star in thriller The Secrets We Keep, which has swedish fallow actor Joel Kinnaman in talks to join.

Yuval Adler (Bethlehem) will direct; script comes from Ryan Covington. Rapace will play Maja, a woman rebuilding her life along with her husband Dobie in New York after WWII. When they encounter an eerily familiar man their life starts to unravel. They wonder, could this be the officer who was one of their chief tormentors at concentration camp Birkenau all those years ago?

Shoot is due to get under way early next year.

Amazon and “Tom Clancyâs Jack Ryan”Â are showing their first episode at Comic-Con today but the real explosion may be the addition of our Noomi Rapace to the second season as the executive producer and co-showrunnerÂ Carlton CuseÂ announced at Amazonâs mega-panel in Ballroom 20.

Deadline â The BAFTA nominated actress will play Harriet âHarryâ Baumann in the currently filming next round of the big play by the House of Bezos. The female lead character is described by Cuse as a âformindableâ agent in Germanyâs Secret Intelligence,Â who meets up with Kransinskiâs Ryan in South America.

Set to launch its first season on August 31, the Wendell Pierce co-starringÂ and Graham Roland co-showrunÂ Jack RyanÂ was renewed for a second cycleÂ back in April.

Hello, friends! As you noticed, Noomi Rapace Online was re-designed thanks to our friend Nicole, isn’t it pretty? The new version features Noomi’s photoshoot for Flaunt published last year. And you can see it visiting our gallery 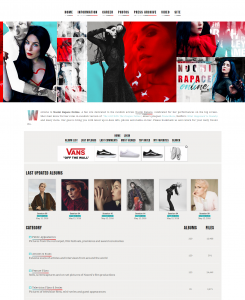 Hello! My name is Marie, and I am the new owner here at Noomi Rapace Online. I would like to start by thanking Frederik and Flaunt for allowing me to adopt this wonderful site, which Iâve been a big fan of for many years now! Iâm really excited about taking it over, and I have a lot of big plans for the site which I canât wait to share with you all, including a new layout that will be lauched tomorrow.

I’m going to merge my collection of Noomi photos with the current collection that the site has, and I plan on upgrading all the photoshoots and event photos with higher quality versions. All I ask for is a teensy bit of patience while I get it all ready.Â You can follow our twitter accountÂ for all the latest updates!

In the past few weeks, I have worked behind the scenes to bring a new, mobile friendly video archive to Noomi Rapace Online. The old one has stopped working a while ago on mobile devices, so I’m happy to finally launch the new archive. All the clips from the old archive are uploaded and lots of new clips have been added as well. From Noomi’s first appearance on the Swedish soap opera Tre Kronor to the December-releasing Netflix thriller Bright, all of her projects are covered with trailers, featurettes – as well as talkshow appearances, awards ceremonies, news appearances and television specials. My thanks to MonicaN for providing the plugin. Enjoy!

Welcome to the new version of Noomi Rapace Online. The new layout is a much-needed change for the site, which has seemed to take a bit of a winter’s nap. Fans and frequent visitors might have noticed that not much is happening, although Noomi has completed a batch of projects. Unfortunately, the majority of them (Rupture, What Happened to Monday?, Unlocked) are still awaiting a theatrical release, and it looks more like any or all of these films will make their way to on-demand rentals instead of a theatrical release. “Unlocked”, for example, has been filmed 2 years ago, and even with a director of Michael Apted’s caliber and Rapace, Michael Douglas, Orlando Bloom and Toni Collette’s star power, the film is yet awaiting any kind of release. Another project, “Callas” hasn’t moved an inch since its announcement in Cannes last year. Ditto the Amy Winehouse biopic, although at this stage I doubt it has been officially announced. So, the best way to to overcome this rather dry period is to stay positive and wait for news about the new projects being released. In the meantime, enjoy your stay and the new (and mobile-friendly) Noomi Rapace Online.

Welcome to the new version of Noomi Rapace Online, featuring a stunning portrait of Noomi, surrounded by one of her memorable on-screen characters. I hope you enjoy the new look as much as I do. The last layout kind of put me off tracks, or maybe it was the fact that there hasn’t been a new film in 1 1/2 years. But there’s news in sight, with both “The Drop” and “Child 44” to be released in the Autumn and five films in production. So there’s a lot to look forward to. All the site content is still up with the gallery and video archive up to date to the new layout. Enjoy browsing around and make sure to check back soon.

Welcome to new new layout of Noomi Rapace Online. The site is in its fourth year now, and it’s a coincidence this is our fourth layout as well, just in time to look forward to the four films starring Noomi to be released this year :-) All the content is still up, the gallery has received a little revamp as well. Browse around and enjoy your stay.