Swedish director Ruben Ostlundâs class warfare comedy âTriangle of Sadnessâ won the Palme dâOr on Saturday. The awards were selected by a nine-member jury headed by French actor Vincent Lindon and presented Saturday in a closing ceremony inside Cannesâ Grand LumiÃ¨re Theater. The juryâs second prize, the Grand Prix, was shared between Lukas Dhontâs drama âCloseâ and French filmmaking legend Claire Denisâ âStars at Noon.â Korean star Song Kang Ho was named best actor for Hirokazu Kore-edaâs film âBroker,â while Best actress went to Zar Amir Ebrahimi for her performance as a journalist in Ali Abbasiâs âHoly Spider.â Saturdayâs closing ceremony brought to a close a Cannes that attempted to fully resuscitate the annual France extravaganza that was canceled in 2020 by the pandemic and saw modest crowds last year. As Noomi mentioned in an interview during the festival, she is now off to start shooting the Apple TV+ series “Constellation”. 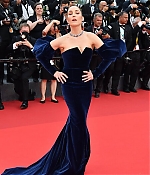 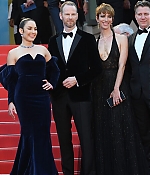 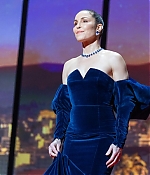 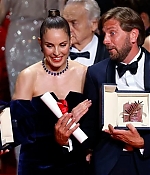