Happy New Year everybody. Noomi is featured on the cover and with an interview inside the January 2022 issue of the British Scan Magazine. The full interview can be read over on their website: For Rapace, acting is all about emotions, connections and getting to the heart of what makes people tick. As a devoted people watcher, sheâs always been interested in knowing how people become the way they are – in âputting the puzzles togetherâ. Itâs something that feeds naturally into her craft and can make switching off, and finding Noomi again, quite difficult. âI havenât really figured out that part yet,â she admits. âWhen I shot Lamb, MarÃ­a was living in me for the entire shoot. Itâs not like I think Iâm the character. You donât need to call me by the characterâs name. But she did take over my dreams, and my thoughts. My entire being was occupied by the character. I guess I just embrace it and let it happen.â While sheâs better known these days for her film work, theatre is also very close to her heart. âThe last time I was on stage, I played Medea and I did 50 shows. Coming home from killing my kids on stage every day, every night, was really brutal, so I had to take a proper break,â she says. âThat was 14 years ago, but I feel like the urge to go back to the stage is starting to creep up on me. But, it needs to be with the right people. For me, acting is never about the role. I donât want to play Macbeth or Blanche in A Street Car Named Desire. Itâs all about collaborations. Who Iâd love to work with. Who I would like to be on stage with. Who I would like to play with. Who I want to spend all those hours with.â 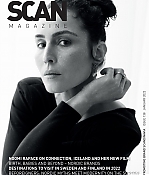 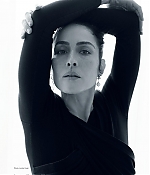 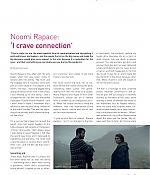 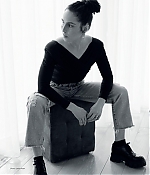