On Thursday, Noomi brought some rock chick to New York City for an Evening Honoring Louis Vuitton And Nicolas Ghesquiere at the annual Lincoln Center Gala. Other attendees were Nicole Kidman, Jennifer Connelly, Sophie Turner, Michelle Williams, LÃ©a Seydoux, Catherine Deneuve, Jaden Smith, Riley Keough, Ruth Negga, Laura Harrier, Xavier Dolan, Justin Theroux, and more for the evening, which featured a performance by Woodkid. Accepting the honor from Connelly and Paul Bettany onstage, GhesquiÃ¨re paid respects to his friend Azzedine AlaÃ¯a and also gave tribute to the many women stepping forward against sexual harassment in the current cultural awakening. âIt means a lot – Iâm very honored and very proud to be associated to the Lincoln Center, to be associated with the arts and all the support they are giving to young people, the future talents,â he said backstage, shortly before the program. Pictures from the event have been added to the photo gallery. There’s also a short video from the red carpet where she is asked about the recent engagement of Prince Harry and Meghan Markle (for those who care :-) 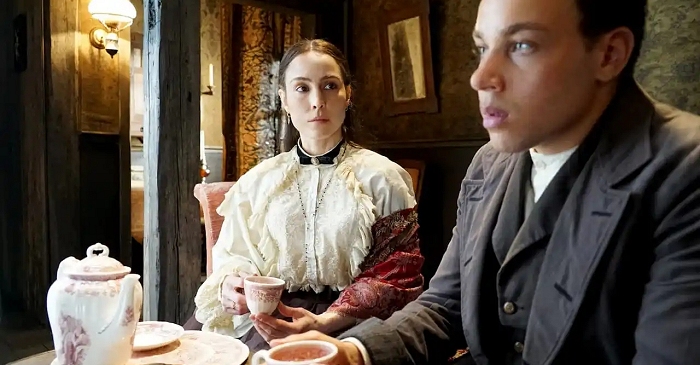