The British Edit magazine has a fantastic new cover story and pictorial on Noomi Rapace in their September 28 issue. Have a look at the pictures below, as well as an excerpt of their exclusive interview. 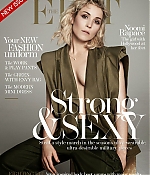 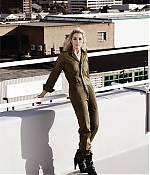 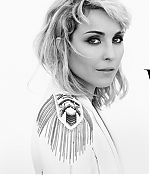 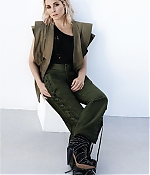 It is a pleasure meeting Noomi Rapace partly because, unlike so many actors, she is clearly enjoying her fame. She parties with model Lily Cole at Londonâs Maddox club (pictures on her phone prove that much dancing occurred); grabs the opportunity to sit front row (Lanvin, Berardi, Givenchy); and stays at celebrity favorite The Groucho Club whenever sheâs in London. Even more appealing, though, is Rapaceâs consummate passion for the work from which all these perks originate. When we convene at 9:30am, she is wearing a tracksuit and Riccardo Tisci for Nike trainers â she has been powerwalking in a London park for the past 90 minutes. âIt clears my head,â she says. âI can go for three hours or more.â Luckily, she has time for such elongated activity, thanks to her nocturnal habits: âI often just canât sleep. I have too much energy,â she shrugs.